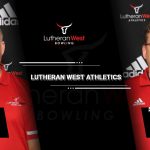 Lutheran West has announced Head Bowling Coach Bob Magee has stepped down from his post after a very successful tenure with the program. Magee began coaching in the program seven years ago under legendary coach Ron Reeves. Magee was promoted to the head position in the 2018-2019 season and was in charge of the program for