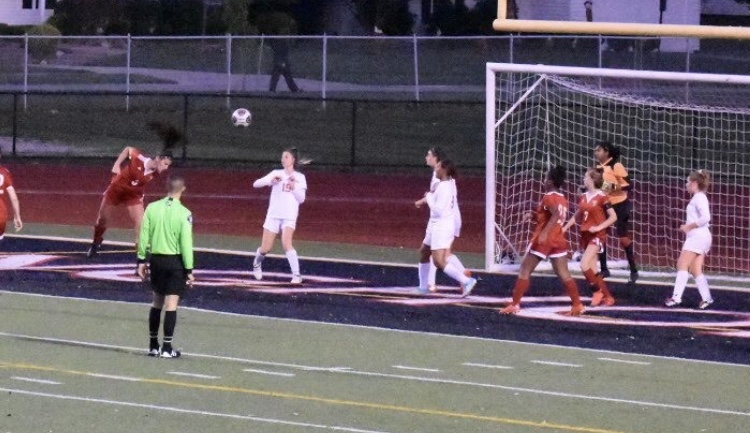 The Longhorns came out flat and played to the level of their competition. The defense was extraordinary yet again and Laurel Willard found Evelyn Albers head to put the Longhorns up by one at half. Angelina Klopp came up big just before half to keep the VASJ scoreless.
Morgan Krek settled the troops and played to feet in the second half with the help of her teammates. Lutheran West controlled the midfield, possession, and the scoring opportunities by not allowing VASJ a shot in the second half.
Grace Kandrach started the tallying of goals by using her footskills at the top of the box before putting the ball in the back of the net. While Evelyn Albers followed suit by slotting a ball past the keeper on the near post. Laurel Willard found herself on the right side of Morgan Krek assist and Lo Zielinski used her athleticism to blow past the defense to finish off the scoring with ten minutes left in contest.
This was a solid team win as all eligible Longhorn players were able to get quality minutes in the another shutout!