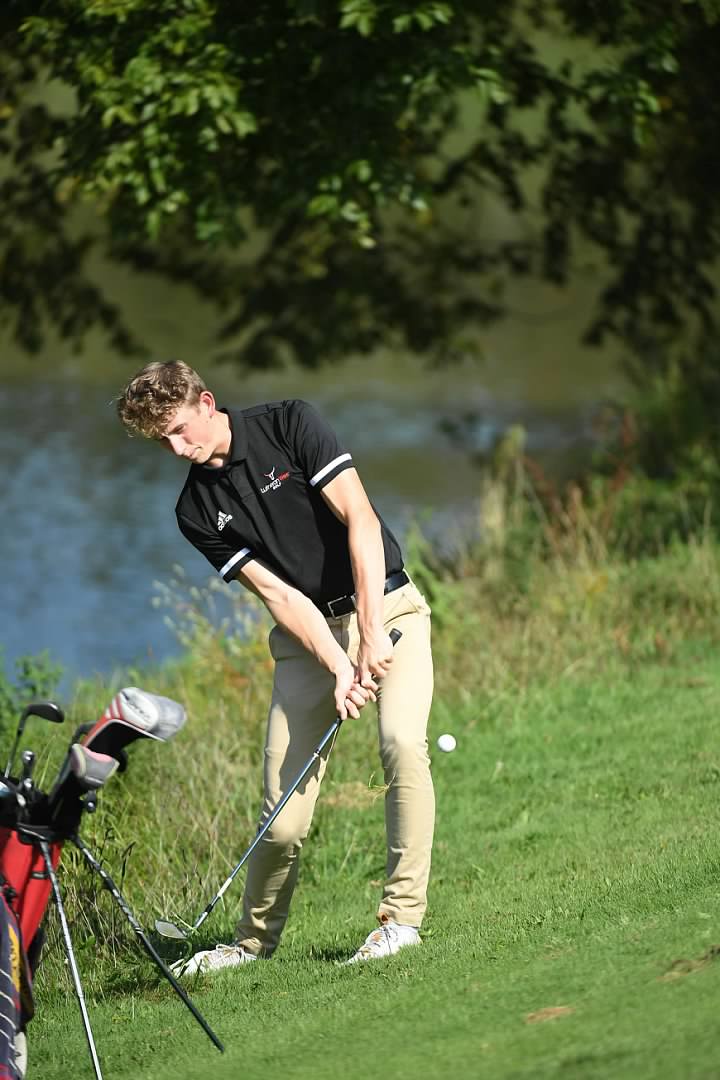 The Men’s Varsity Golf team narrowly missed qualifying for the OHSAA District Tournament on Tuesday September 24th at Forest Hills Golf Course. The team shot a 343, which put them in a tie for third place, but lost in a tie breaker to push them out of the top three. Jakob Gross led the way firing a 77, good for second place and an individual berth to the District Tournament on Tuesday October 1st at Windmill Lakes. Tyler Robinson and DJ Robinson both carded an 87, Cameron Wandrie shot 92 while Tyler West shot 97.

The team had a tremendous season, going 10-0 in CVC dual matches and taking home the schools first CVC championship in winning the Metro Division. Head Coach Dale Lehrke was happy with the season overall, “I want to first congratulate our golf team on another successful season. We captured a conference championship in our first year of being a part of the CVC. This was the goal, but it was uncertain as we were new to the league. We also knew that to advance out of Sectional play we were going to have to beat some good golf programs. We came up one shot short, but were able to advance our MVP of the CVC Metro Division Jakob Gross. Although it was difficult to lose the opportunity in the fashion we did, it will be nice to see Jakob represent our program at the District Tournament.” Gross will tee off at 8:20a next Tuesday with an opportunity to earn a State tournament spot.