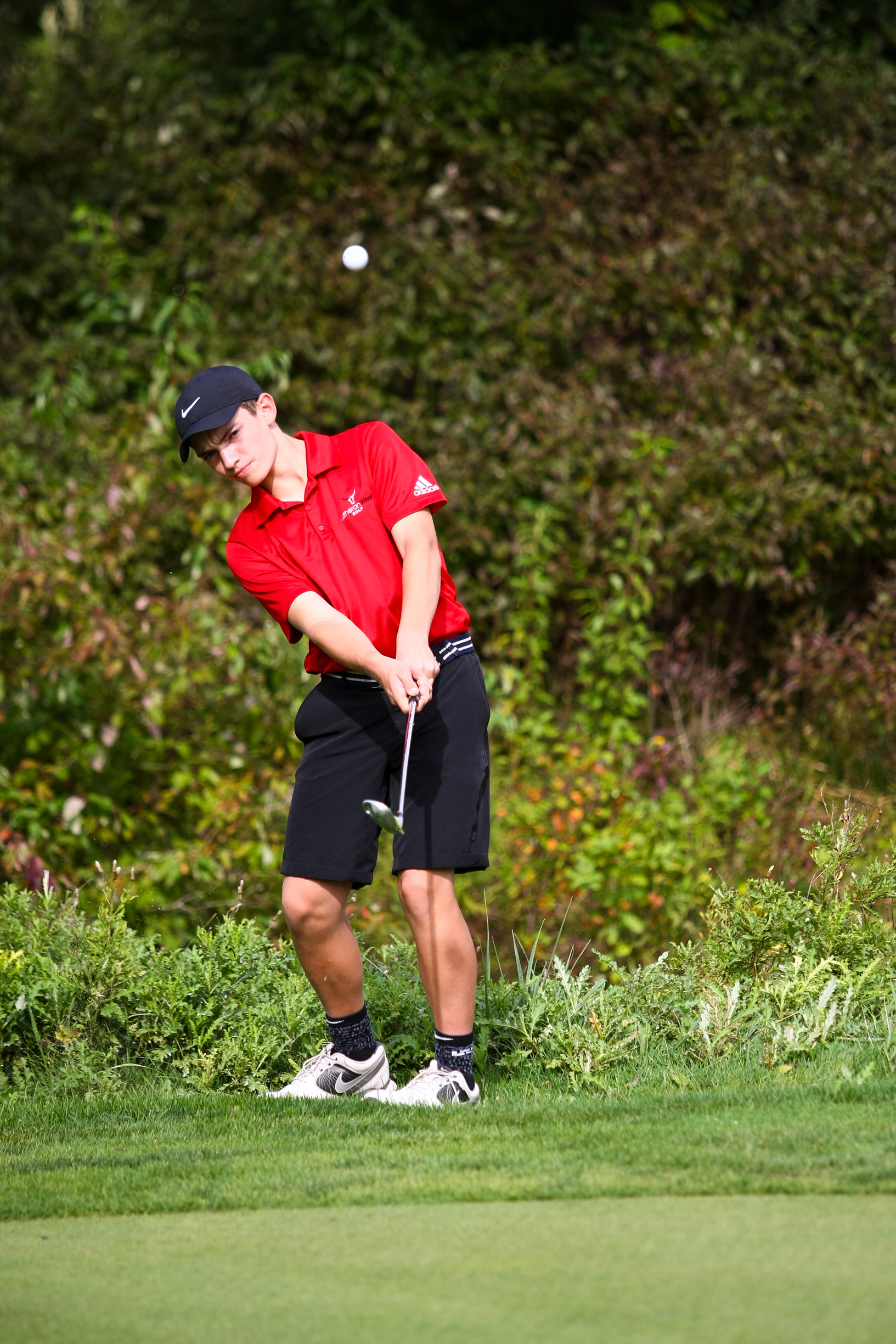 The Lutheran West Men’s Golf team captured the schools first ever CVC title. The Longhorns won the Pre-season tournament shooting 356, then went on to a 10-0 record during dual play throughout the season. The team shot a 357 on Monday in the Championship round to secure the title. In the Championship round, the team was paced by Junior Jakob Gross, who placed first shooting an 81. Senior Tyler Robinson carded an 86 placing 3rd, Senior Tyler West shot a 95 good for 8th, while Freshman DJ Robinson finished 9th with a 98.