The Lutheran West Athletics Department is proud to announce the class of 2020 who will be moving on to compete at the collegiate level. There are 13 senior student-athletes who have made their collegiate decisions and have either signed an NLI (NCAA DI/DII or NAIA) or a Celebratory Letter (NCAA DIII). There were 63 seniors who participated in a sport during their Lutheran West senior year and 20% will be moving on to the next level, up from 17% in 2019. The class of 2020 includes: 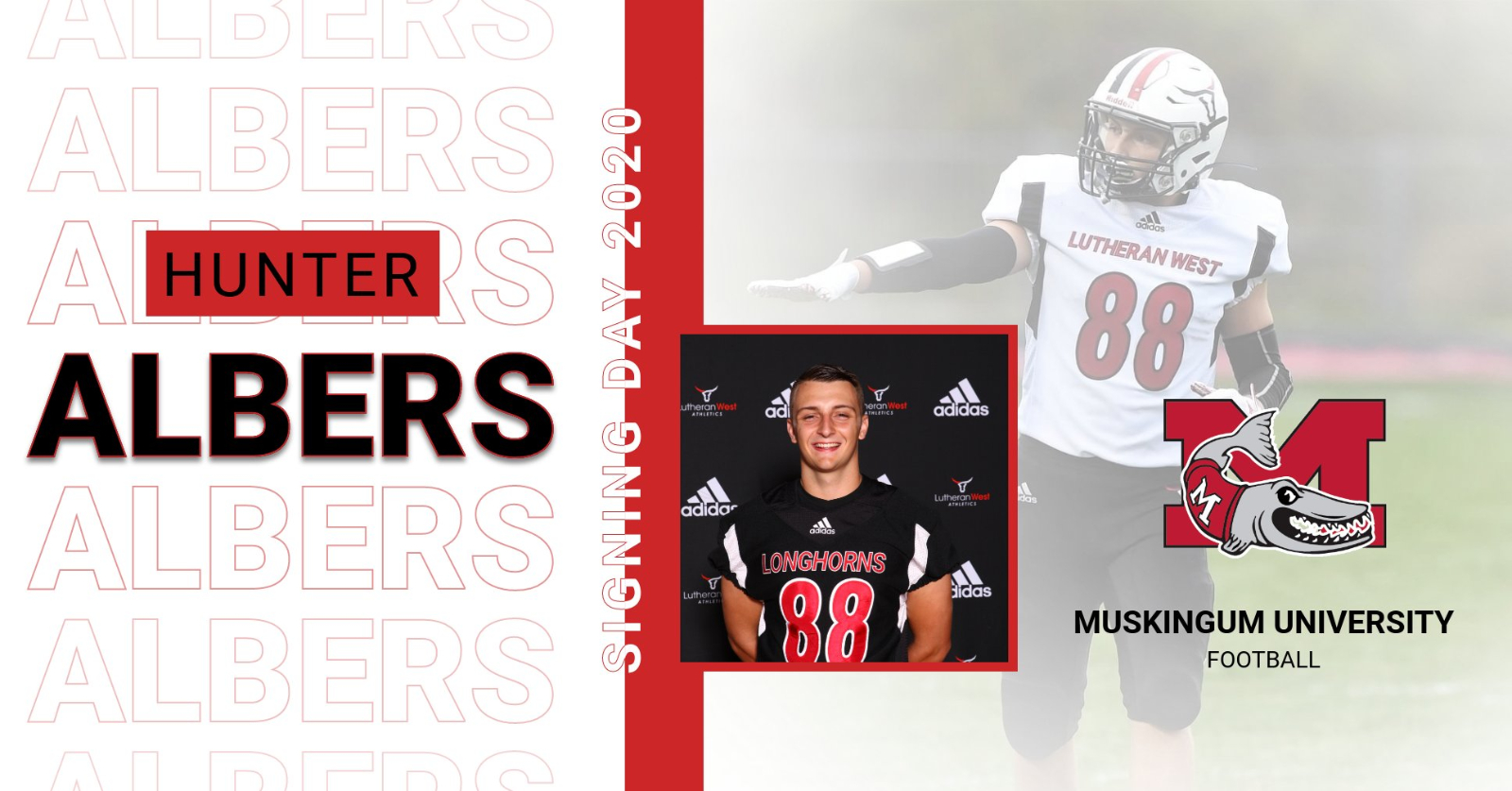 Hunter Albers has signed a Celebratory Letter with NCAA Division III Muskingum University to play Football. Albers was a 2019 CVC First Team Special Teams selection and as a Kicker earned Honorable Mention for the Northeast Ohio Lakes District. Albers also earned the 2019 Special Teams Player of the Year as he solidified himself as one of the best kickers in the area. He is a three sport contributor in Football, Basketball, and Baseball. Albers was selected as the 2020 Grit Award winner for the Men’s Basketball Program. 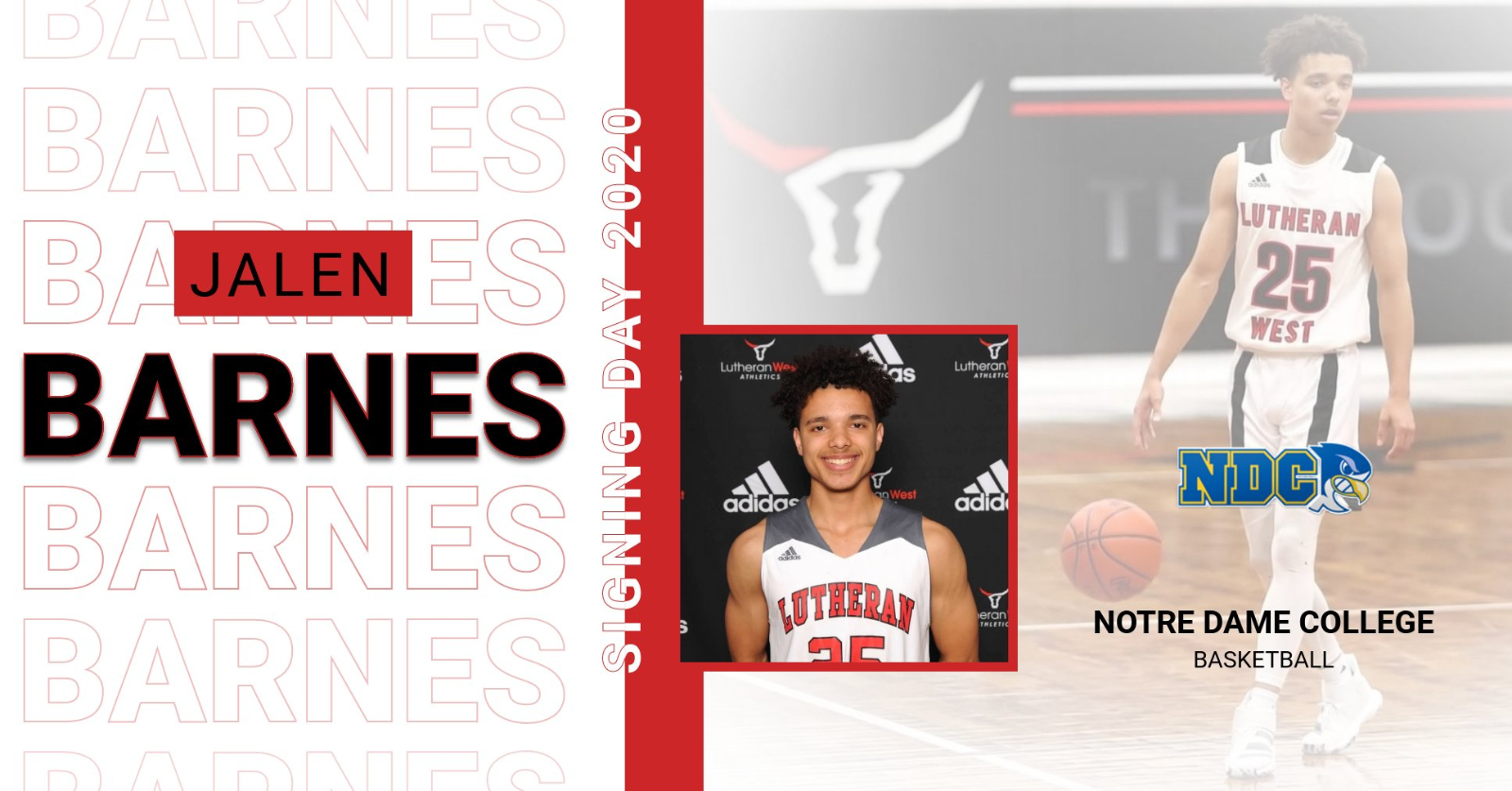 Jalen Barnes has signed a National Letter of Intent with NCAA DII Notre Dame College to play Basketball. Barnes was a 2019 CVC First Team Selection for the Metro Division. Barnes also earned Second Team All Northeast Lakes District and was an OHSAA All State Honorable Mention. Barnes led the team in scoring and surpassed the career 1,000 point mark last December. He also earned the Team MVP for the 2019-2020 Longhorns. 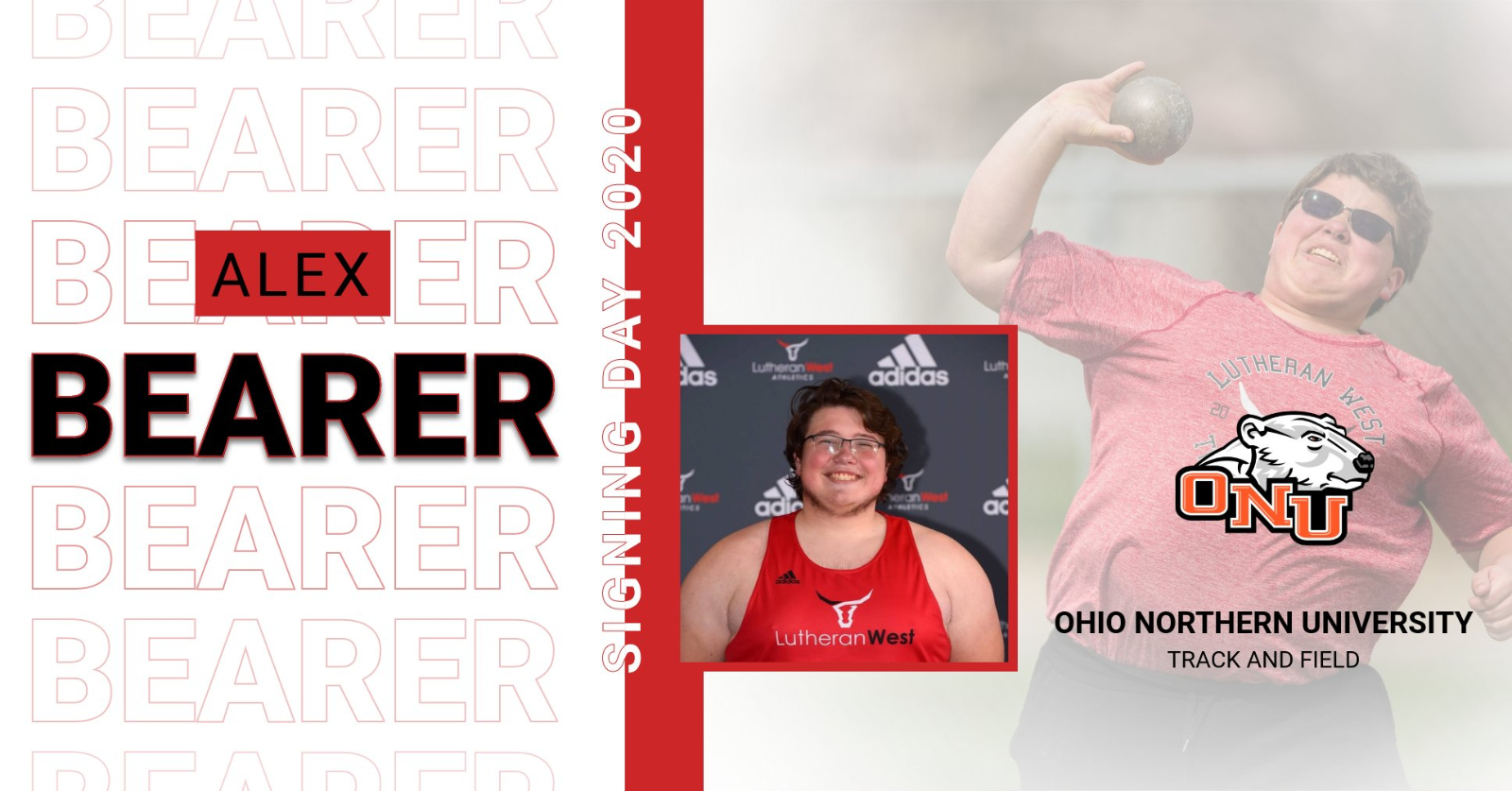 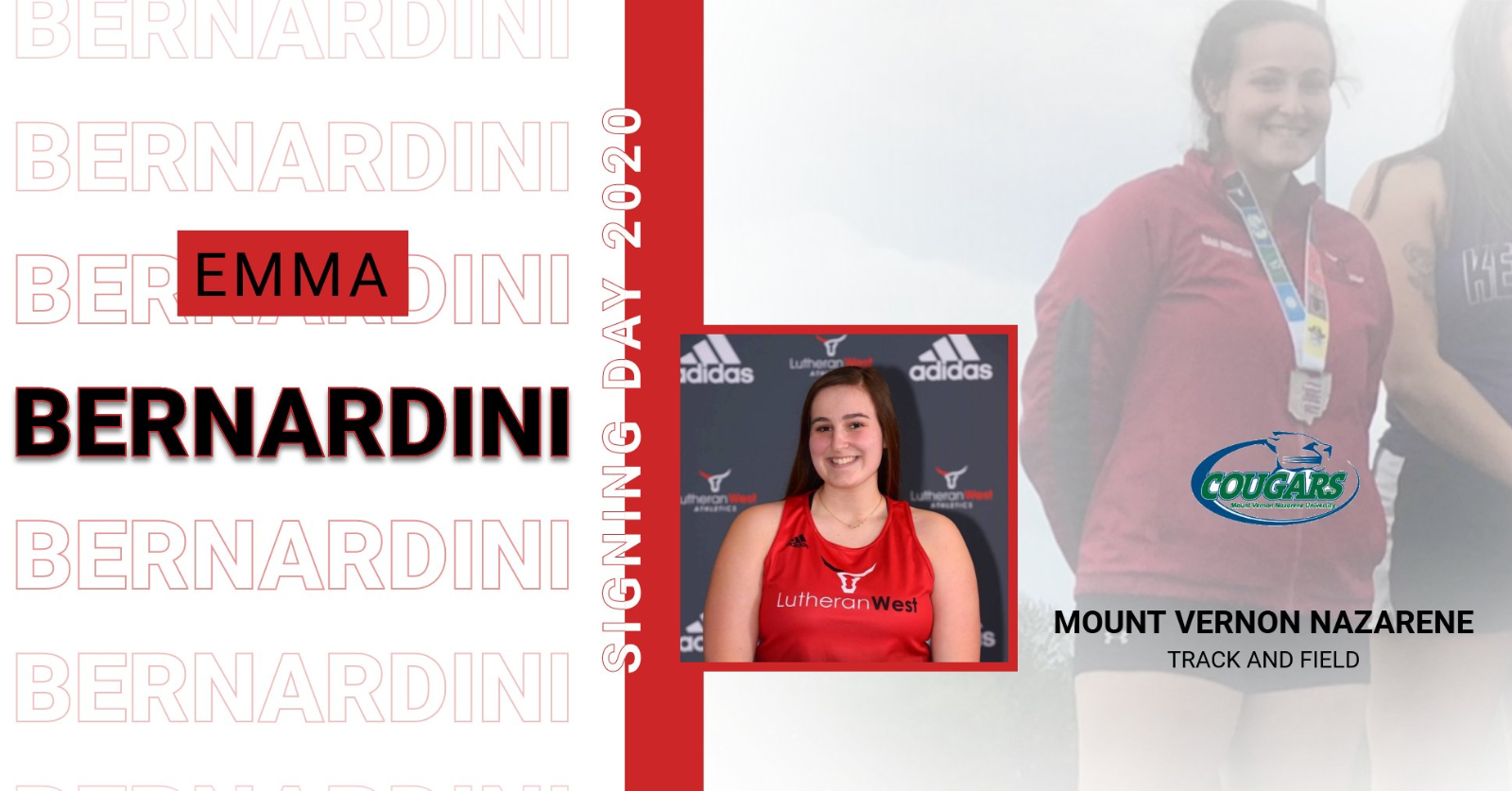 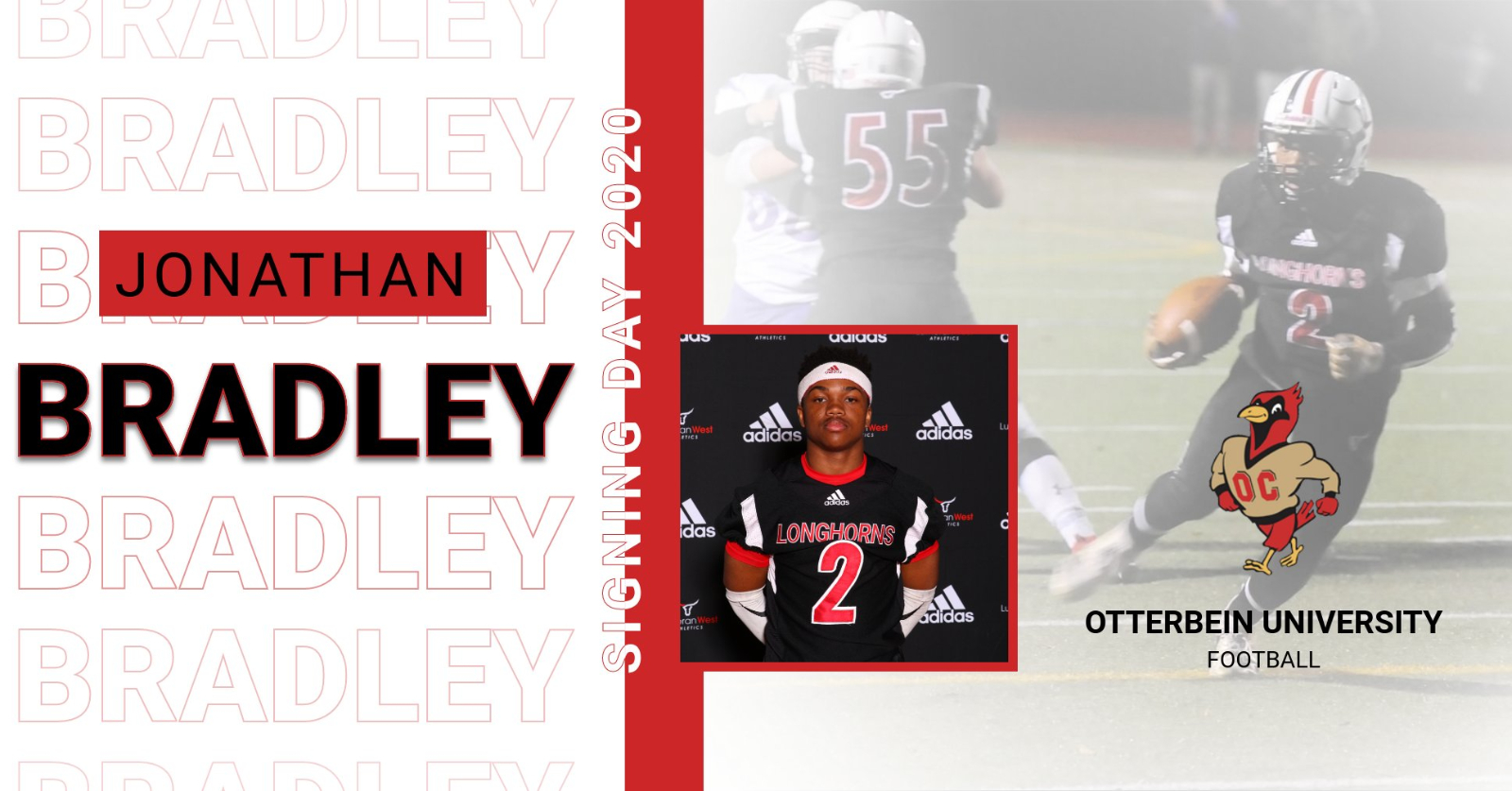 Jonathan Bradley has signed a Celebratory Letter with NCAA DIII Otterbein University to play Football. Bradley amassed over 600 All Purpose Yards in 2019 which earned him Longhorn Offensive Player of the Year. He was a CVC First Team Offense Selection and earned Honorable Mention for the Northeast Ohio Lakes District; both at the running back position. Bradley was also a key cog in the Men’s Basketball program. 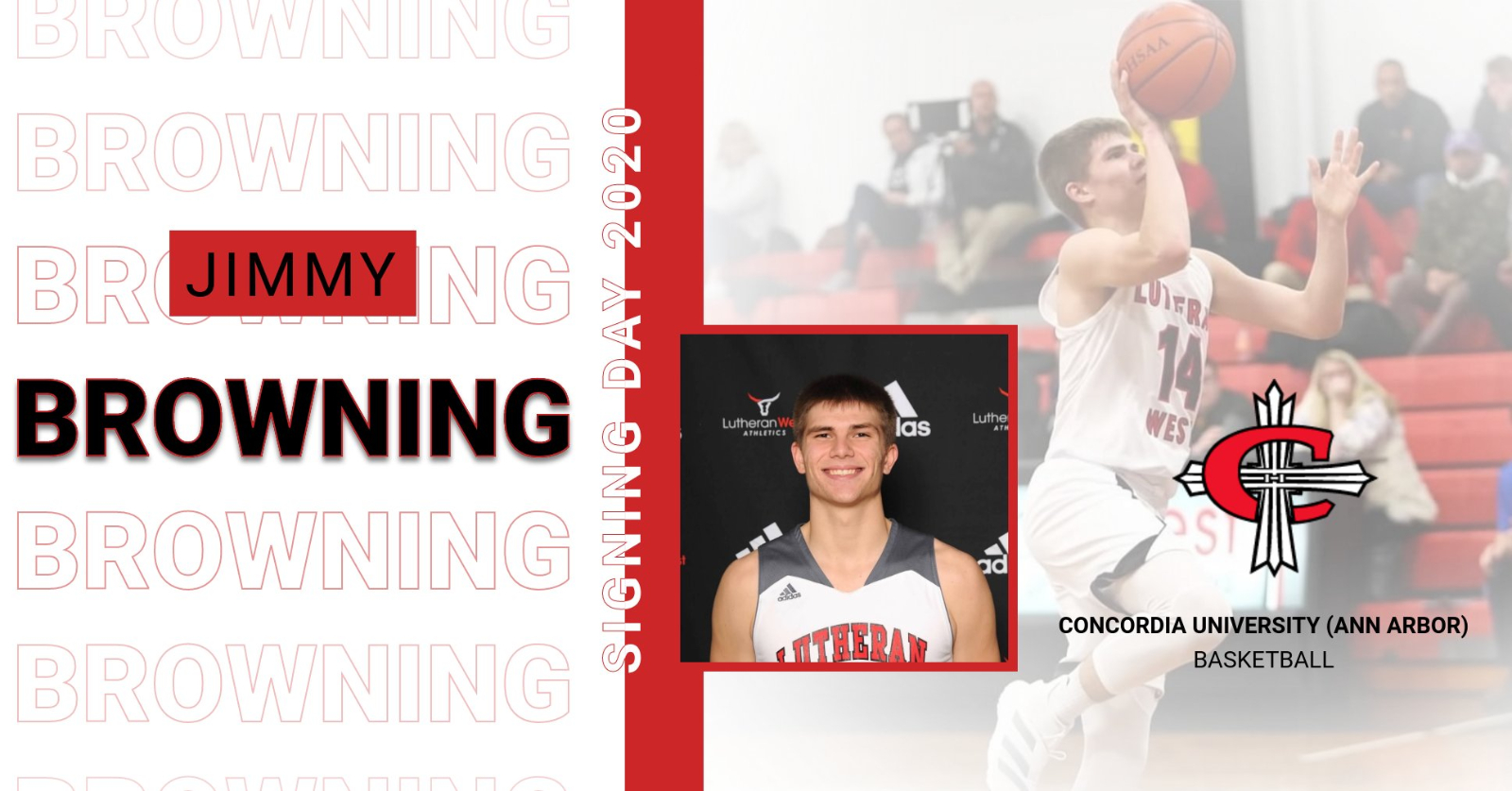 Jimmy Browning has signed a National Letter of Intent with NAIA Concordia University (Ann Arbor) to play Basketball. Browning was a key player for the Longhorns in both the 2018-2019 and 2019-2020 seasons. Browning was a CVC Honorable Mention selection this season as well as earning Honorable Mention for the All Northeast Lakes District. He earned the Accountability Award for the Men’s Basketball Program following the ’19-’20 season. Browning also lettered in Football as a Longhorn. 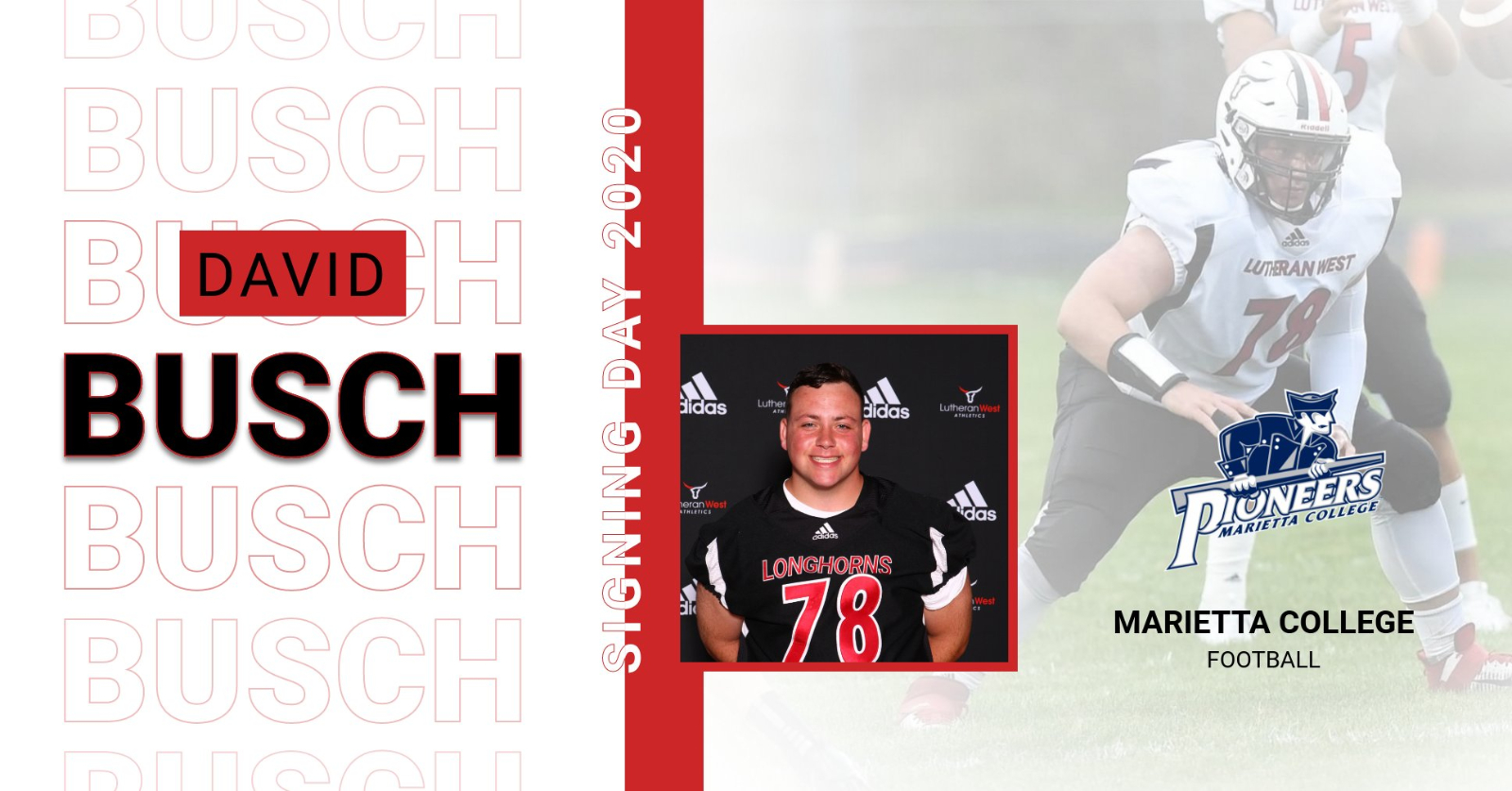 David Busch has signed a Celebratory Letter with NCAA DIII Marietta College to play Football. As a four year letterman, Busch anchored the line for much of his career. He earned CVC First Team honors for Offensive Line as well as Second Team Northeast Ohio Lakes All District on the Defensive Line. Busch was selected as Co-Defensive Player of the year for the Longhorns and took home the prestigious Sledge Hammer Award (Co with Tyler Seagro), going to the player(s) who exhibit toughness and grit. Busch has also participated in Baseball and was slated to throw this Spring for the Track and Field team. 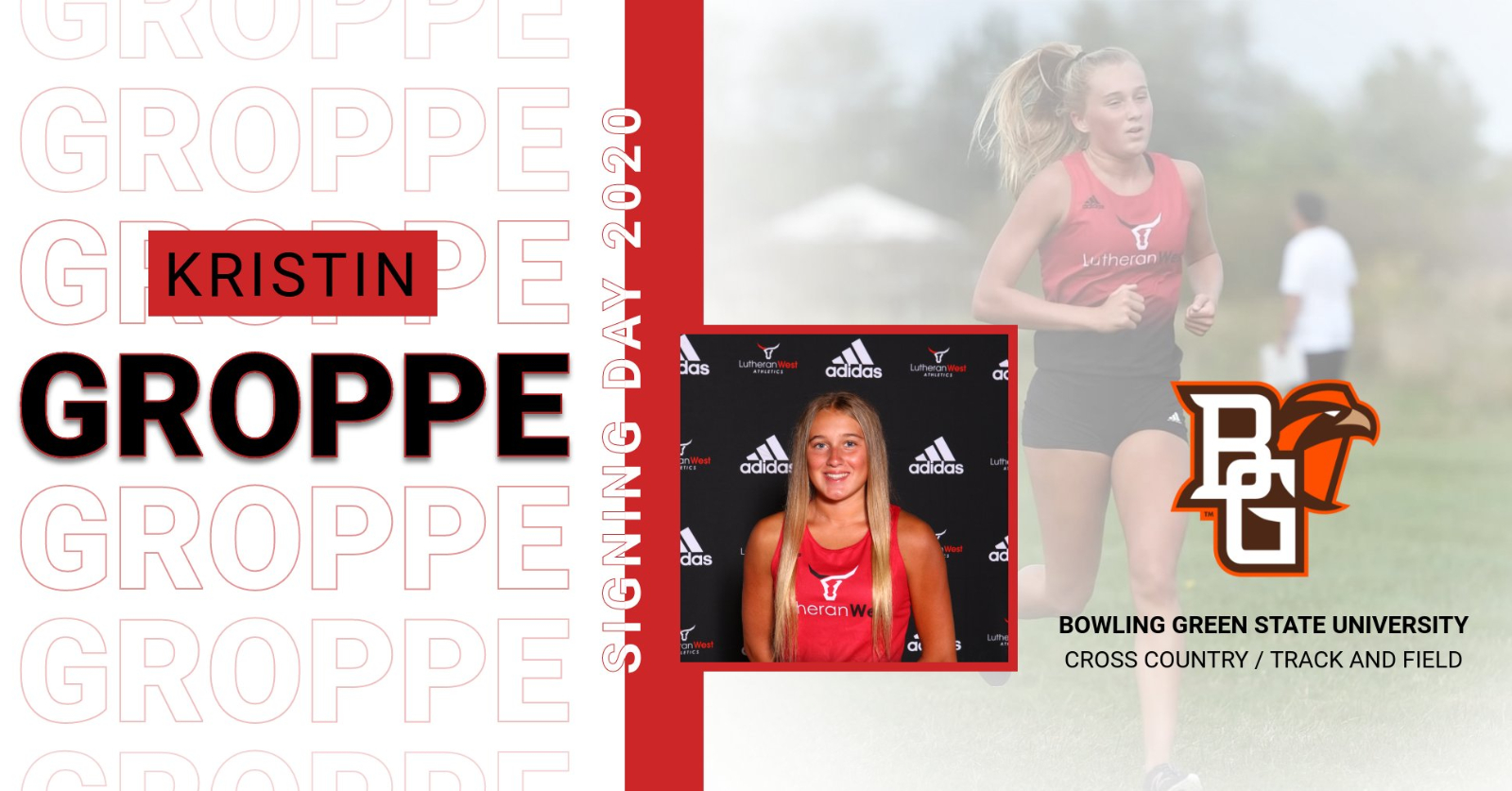 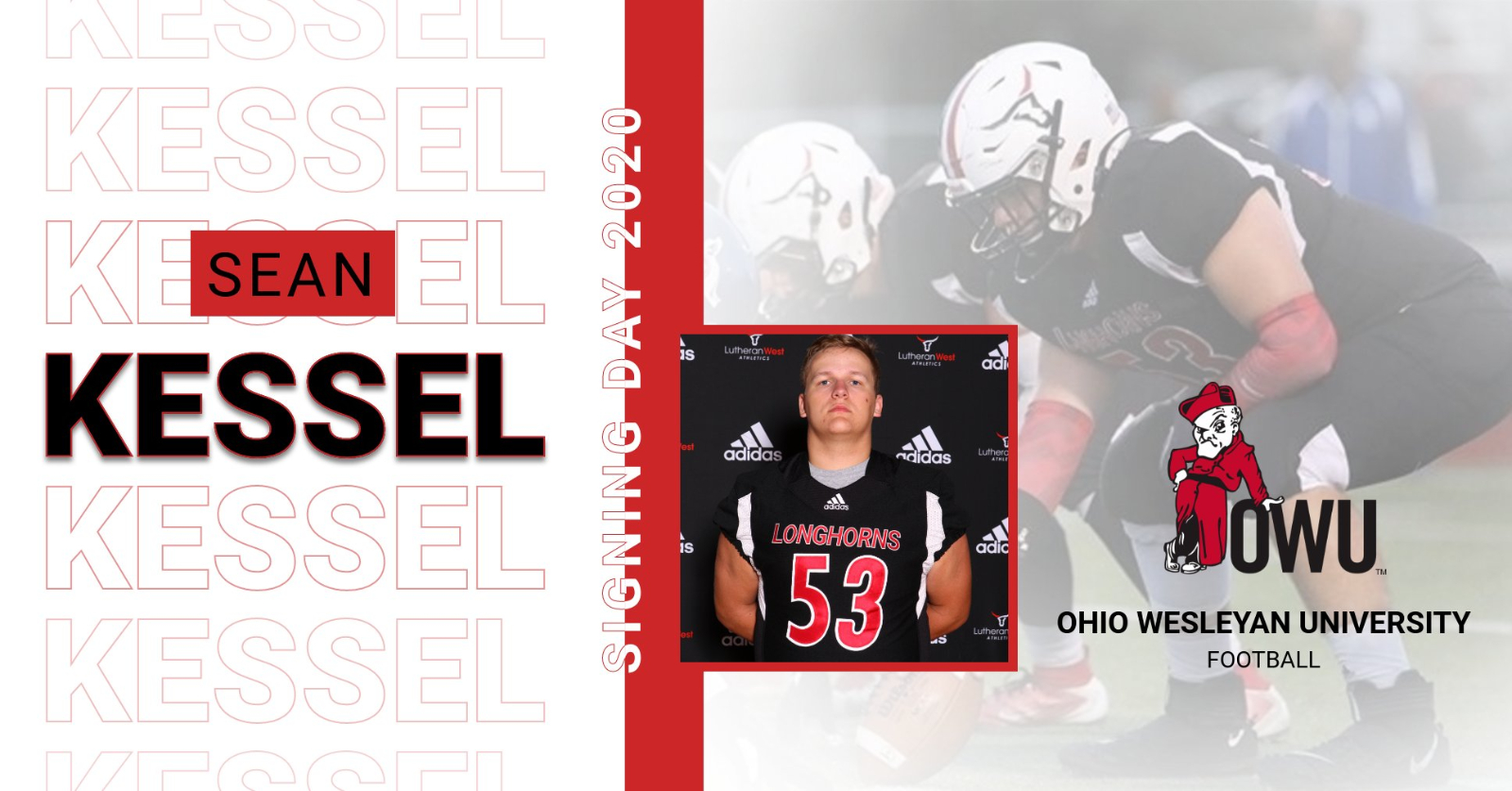 Sean Kessel has signed a Celebratory Letter with NCAA DIII Ohio Wesleyan University to play Football. Sean took over the center position in 2019 and filled an important gap for the Longhorns carrying the momentum through the 2020 season. Kessel earned CVC Second Team at the Offensive Line position in his senior season. Kessel has also been a member of the Longhorn Wrestling Program. 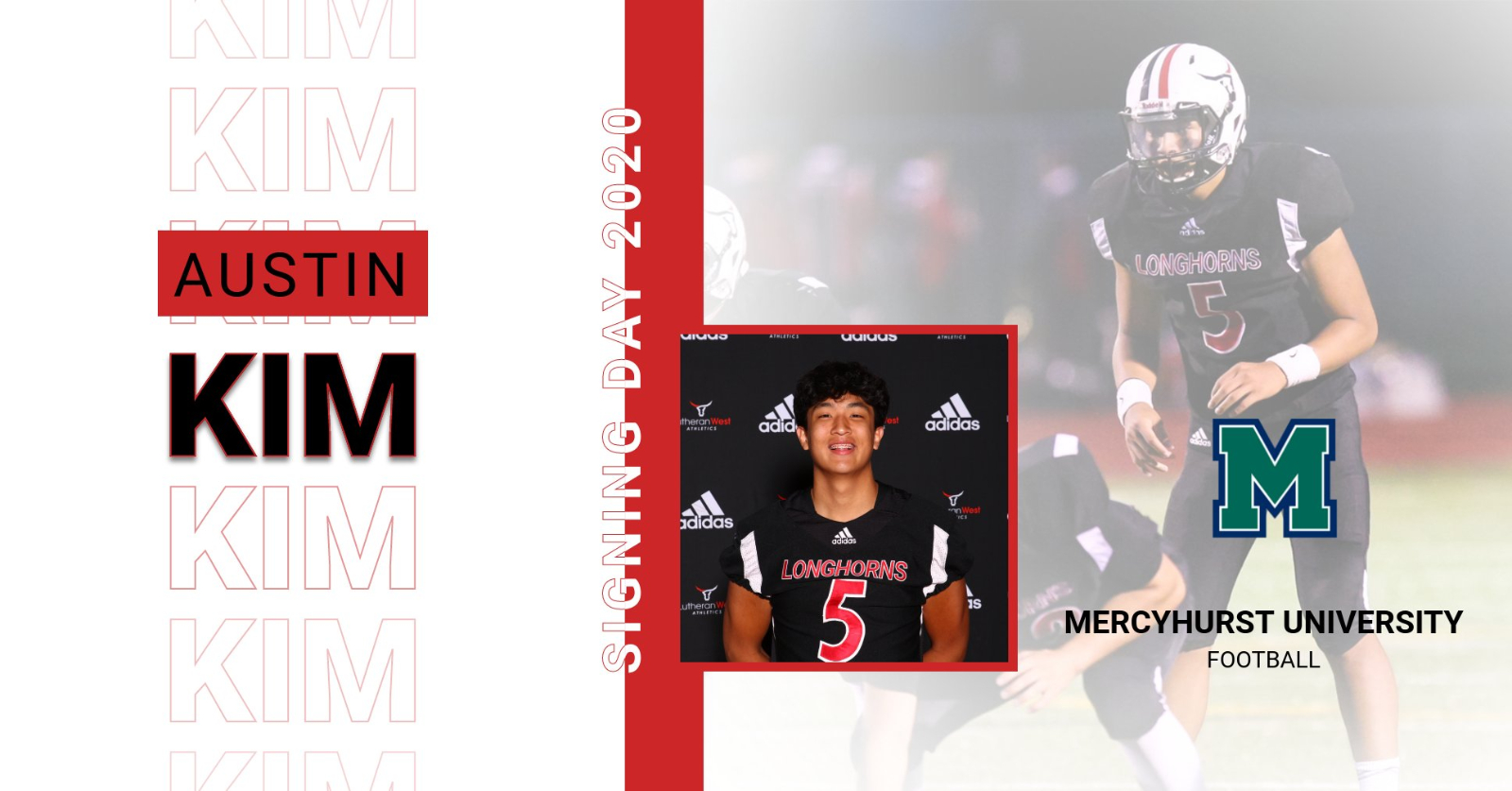 Austin Kim has signed a National Letter of Intent for NCAA DII Mercyhurst University to play Football. Kim was a dual threat for the Longhorn offense displaying the ability to throw or run at the quarterback position. He amassed over 650 yards in the air and over 150 on the ground; registering five rushing touchdowns and four threw the air. Kim was instrumental in leading the Longhorns to their first 7 win season since 2009. He has also participated in Basketball and Track & Field for the Longhorns. 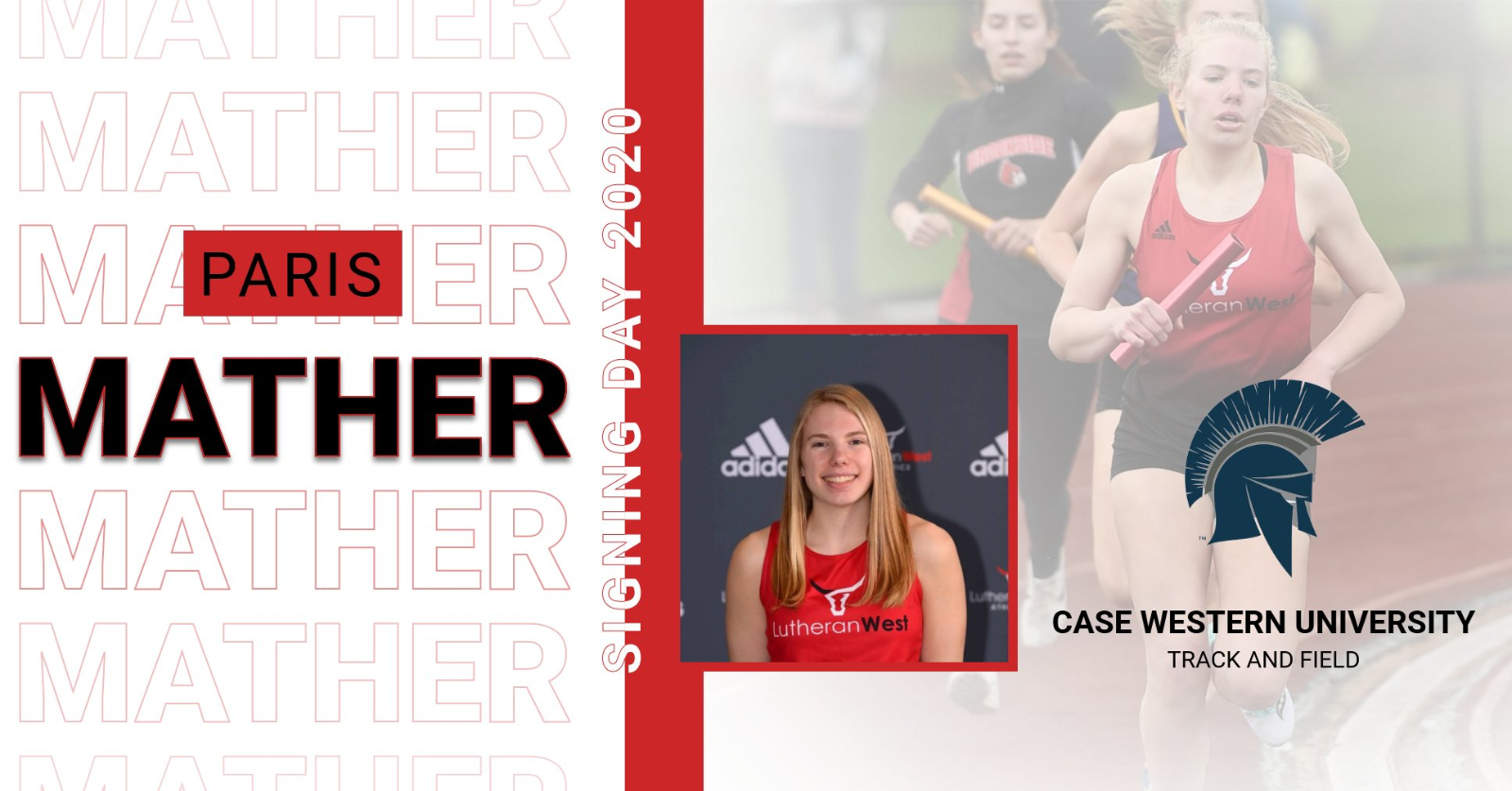 Paris Mather has signed a Celebratory Letter for NCAA DIII Case Western Reserve University. In 2019 Mather was Second Team All PAC in the 800m and the 4x400m. She earned Third Team All PAC for the 4x800m. Mather was selected as the 2018-2019 OHSAA Archie Griffin Sportsmanship Award winner. In Cross Country, Mather was First Team All CVC with a top 5 finish at the CVC Championship meet. Mather was also an instrumental piece for the Longhorn Women’s Basketball program earning First Team CVC honors. 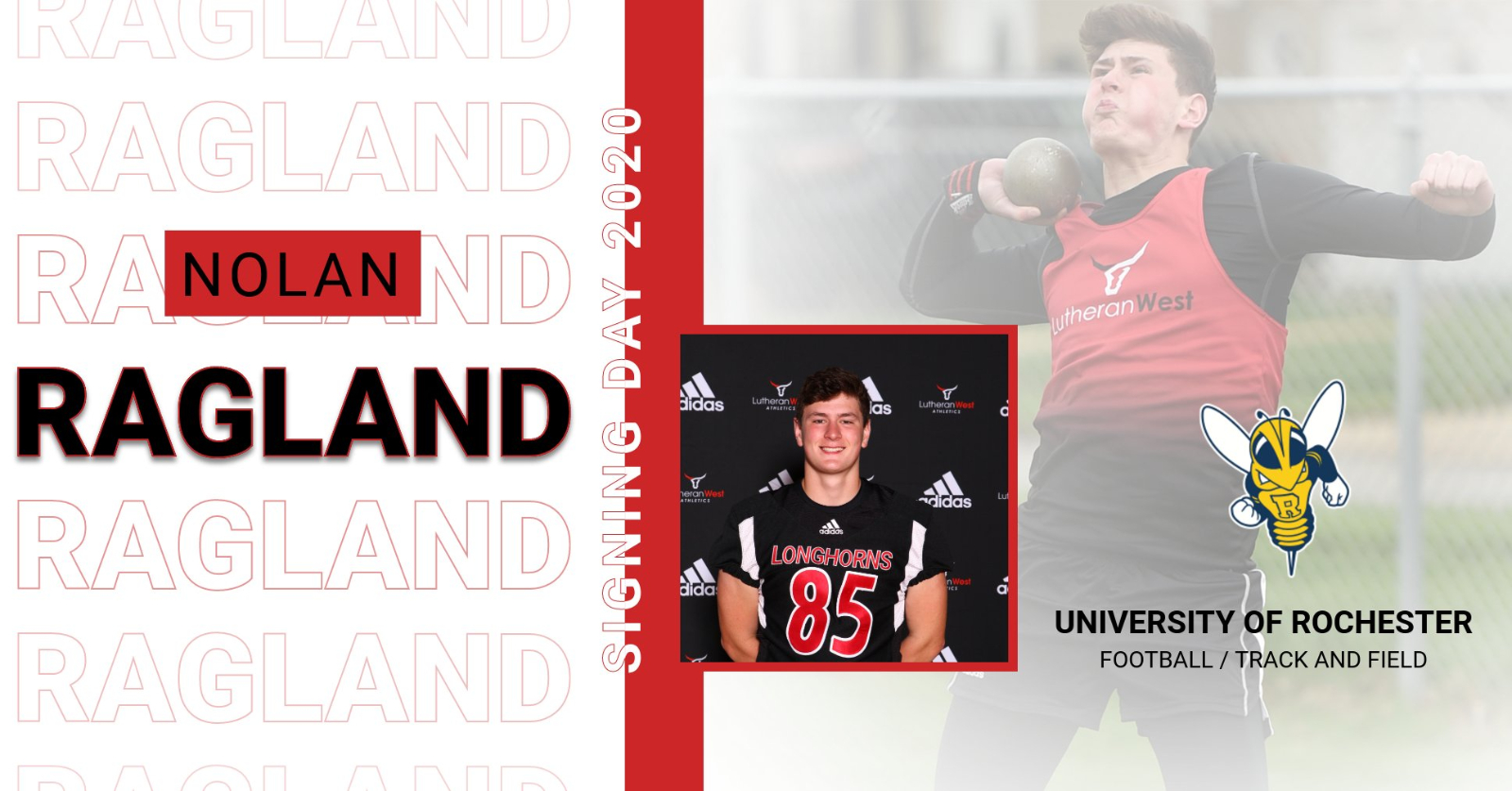 Nolan Ragland has signed a Celebratory Letter for NCAA DIII University of Rochester for Football and Track & Field. Ragland was a CVC First Team Defense selection at Linebacker as well as a Northeast Ohio Lakes All District Honorable Mention pick. Ragland was selected as the 2019 Culture Award Winner for the Longhorn program for his leadership; especially given he missed games due to a hand injury but continued to support his teammates. In Track & Field, Ragland would have captained the 2020 team coming off a success season in 2019. Ragland was also a member of the Men’s Basketball program and was named the 2019-2020 Servant Leadership Award winner. 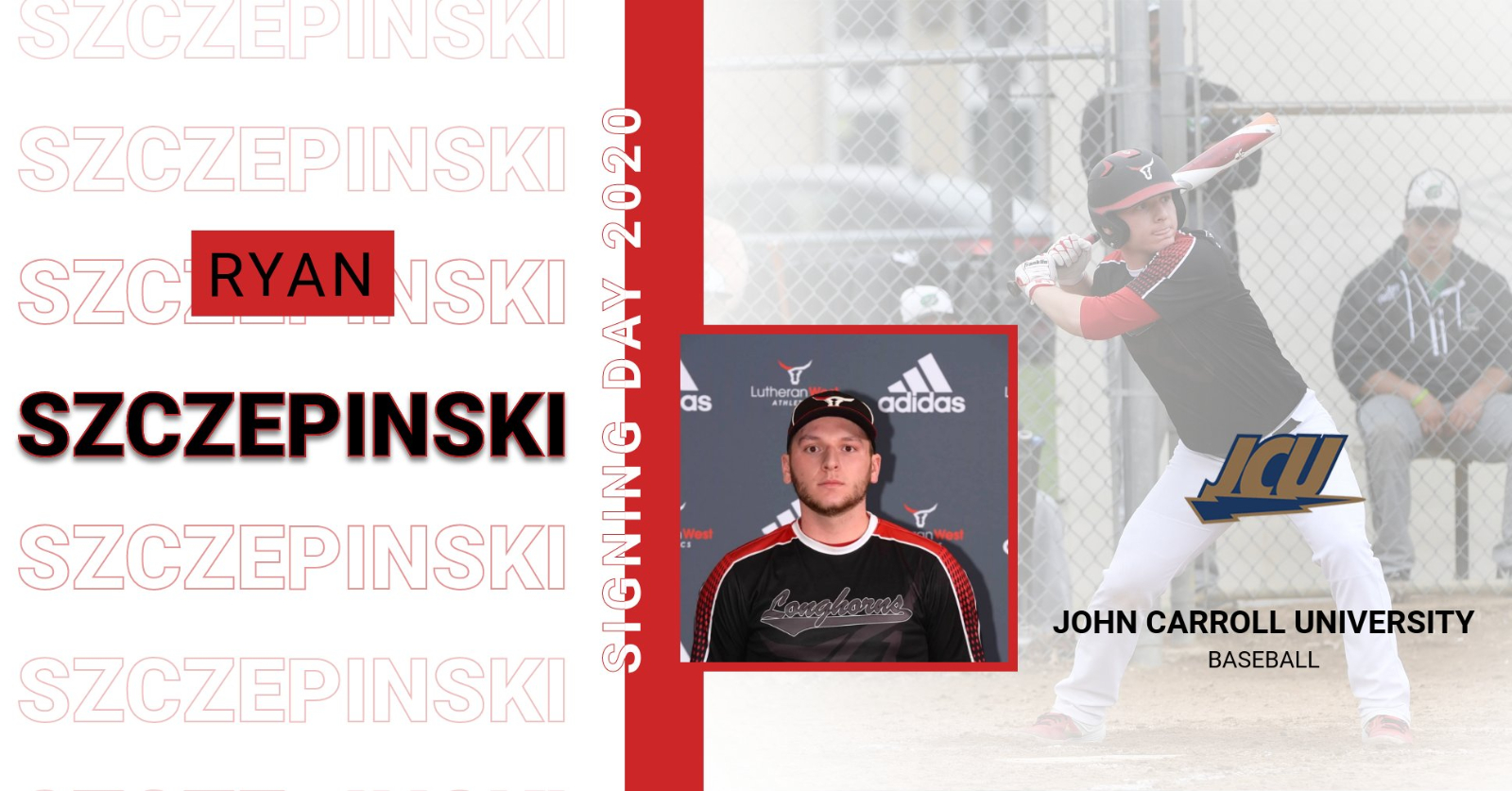 Ryan Szczepinski has signed a Celebratory Letter with NCAA DIII John Carroll University to play Baseball. Szczepinski, a three year letterman in baseball, earned First Team All PAC in 2019. He hit .441 with 26 hits (tied for first on team), 5 doubles, 1 home run, and led the team in RBI with 22. He has also played Football for the Longhorns earning CVC Honorable Mention at the Linebacker position.