Today the Longhorn Track & Field program would have hosted the annual Joe King Invitational. Coach King has had a tremendous influence on the Lutheran West community throughout his time as a teacher and coach. In honor of what would have been a great event today, our focus is on the Invitational’s namesake and the impact he continues to make on our student-athletes (Quotes below).

Joseph King was born in Summit Lake, WI. He is a graduate of both Concordia University in Wisconsin and Concordia University Chicago, where he earned a degree in English. He received a call from Lutheran West in 1970 when he embarked on a 42- year teaching and coaching career. During his tenure, Coach King taught every level of English classes at West, classes in both Old and New Testament, and along the way earned his Master’s Degree from Kent State University. On the coaching side, Coach King has coached at every level in both boys’ basketball and football. At certain points in his career, he also served as the school’s head football coach for six years, head basketball coach for three years, and the Athletic Director for six years. By 1980, Coach King had taken over as head coach of the Longhorn track programs as well – a position he held for 34 years. At numerous points throughout his 42-year teaching career, especially throughout the 1990’s, Coach King coached in all three athletic seasons of the year. He continues to share his incredible gifts with the next generation of Longhorns by currently serving as the head coach of our middle school track team. Highlights of his career include receiving the Wegman Award for teaching excellence and the Leads Award for Leadership and Service to Lutheran West, the Paul Arnzen Award from the Ohio Basketball Coaches Association, and being elected to the Lutheran West Athletic Hall of Fame in 2010.

Coach King coached several undefeated freshmen and JV teams throughout his career, has led the Longhorns to multiple conference championships in track, and has twice been named the Conference Coach of the Year in track. During his time as head coach, dozens of Longhorn athletes have gone on to compete at the State Track and Field Championships in Columbus. One of his passions throughout the years has been his coaching and involvement with the Fellowship of Christian Athletes organization in Greater Cleveland, and he remains active in that organization today. His greatest teammate in his ministry at Lutheran West has always been his beloved wife Ruth, a partnership that began back in 1978. As a coach’s wife, certainly Ruth belongs in the Hall of Fame alongside her husband. Coach King and Ruth’s daughter Sarah has followed her parents’ example and has lived a life of humble service to others, both here and abroad.

Through all his successes Coach King has led by example with a servants heart. We asked a handful of our Track & Field seniors to reflect on their Athletic careers at Lutheran West as well as Coach King’s impact. While we won’t be competing today on the track, our Seniors have articulated lessons they will take with them as they move on to new opportunities. We thank Coach King for leading by example and his impact through Servant Leadership will continue to positively impact our culture regardless of the challenges we face. 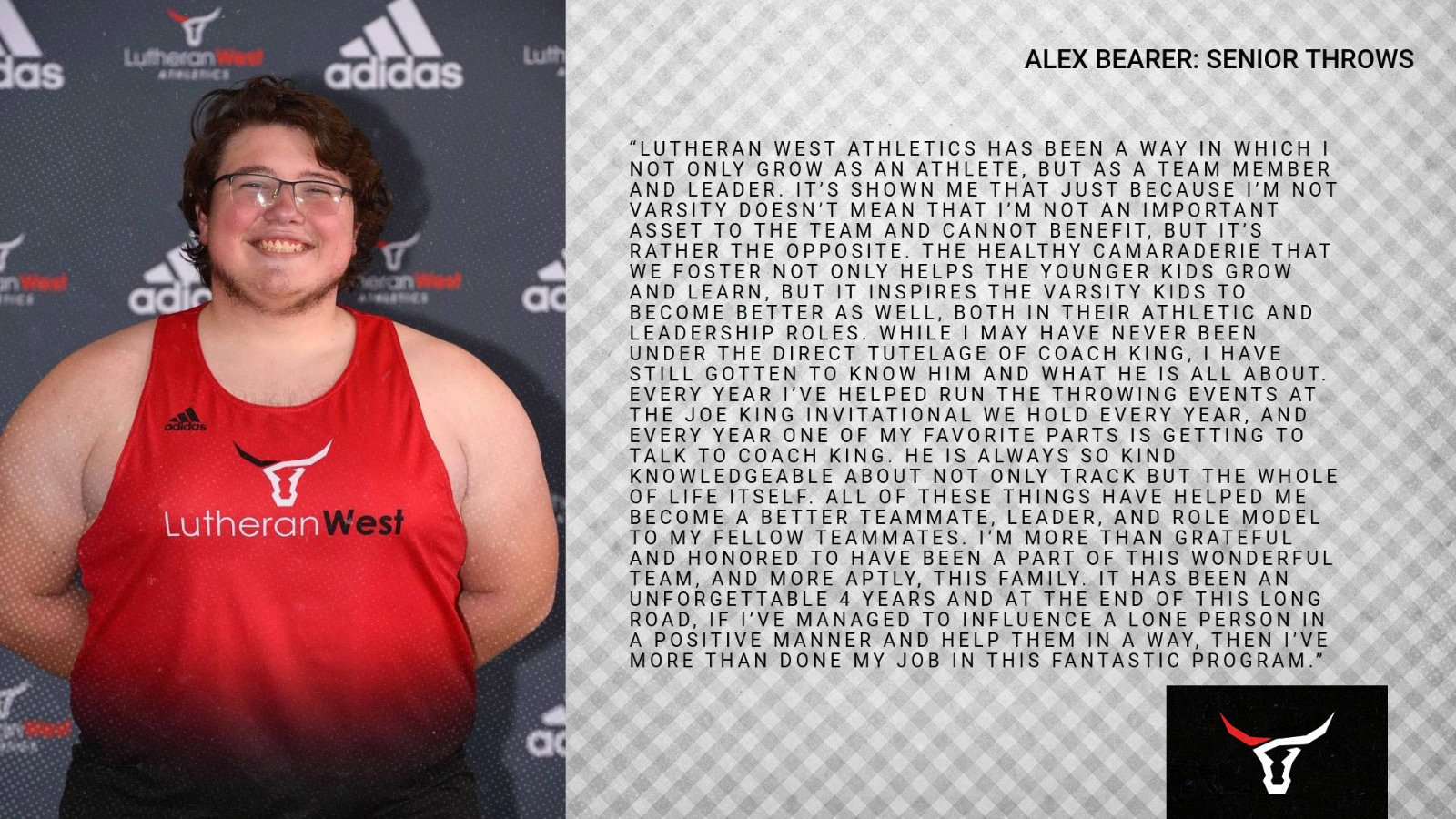 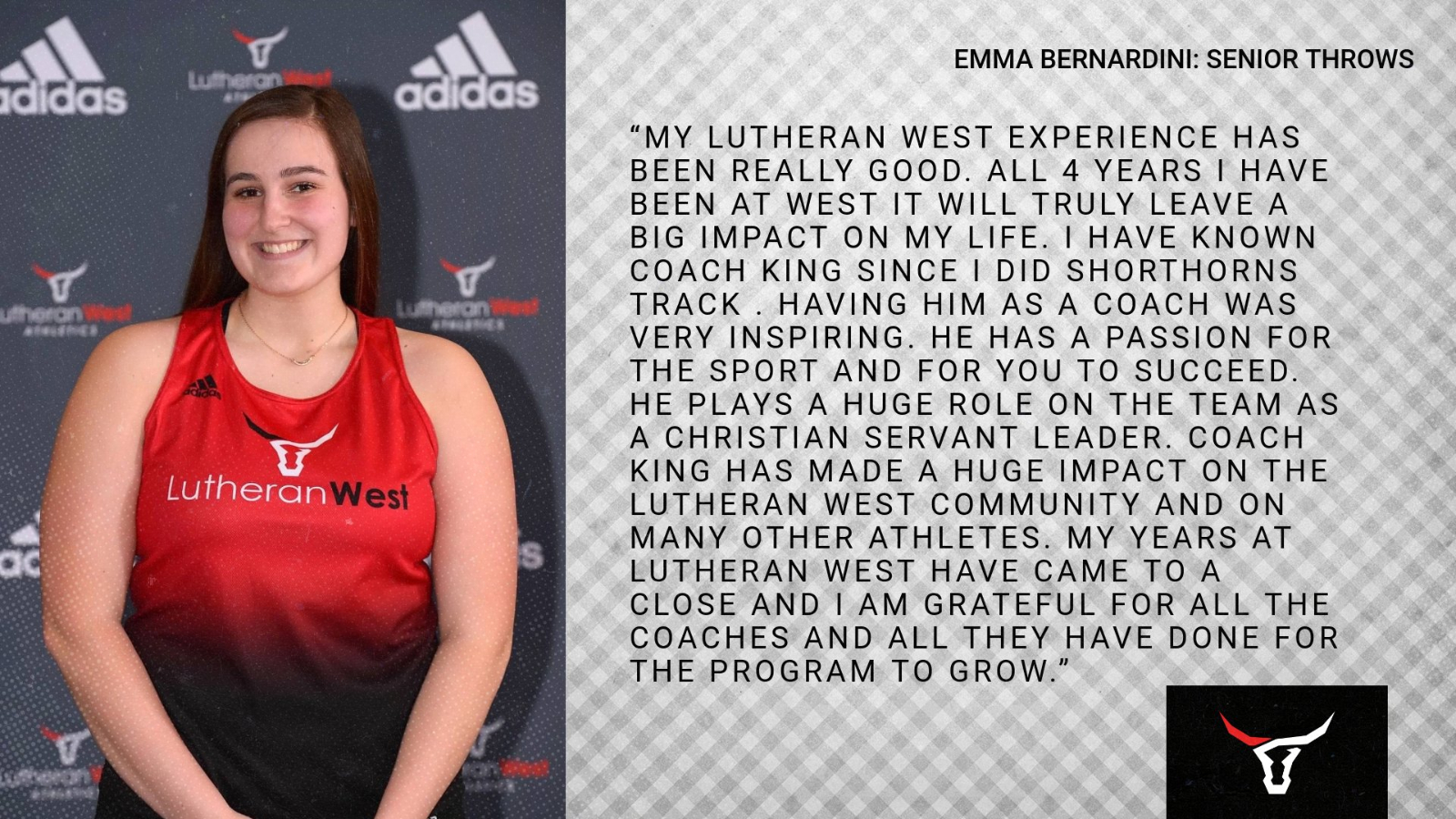 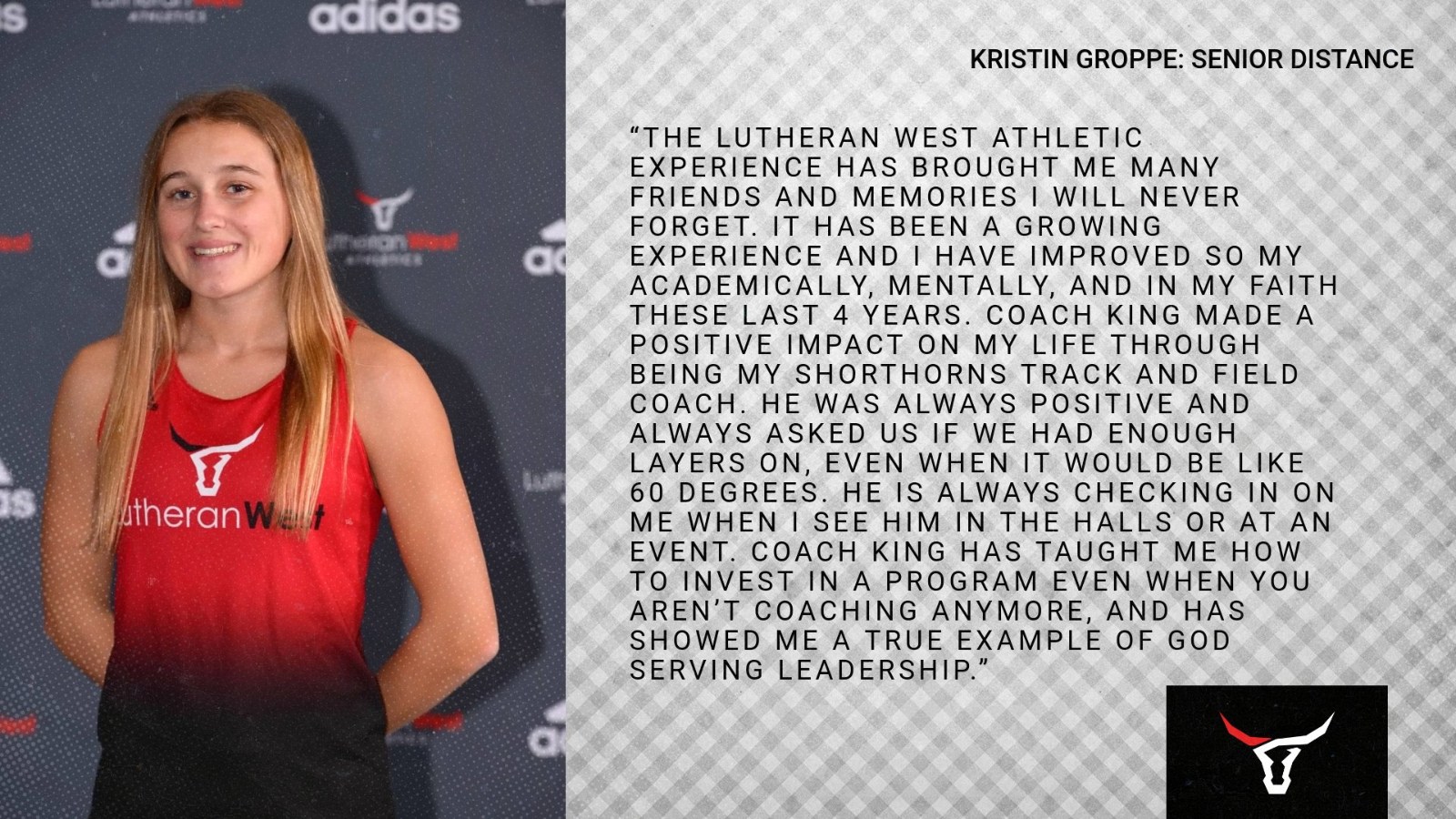 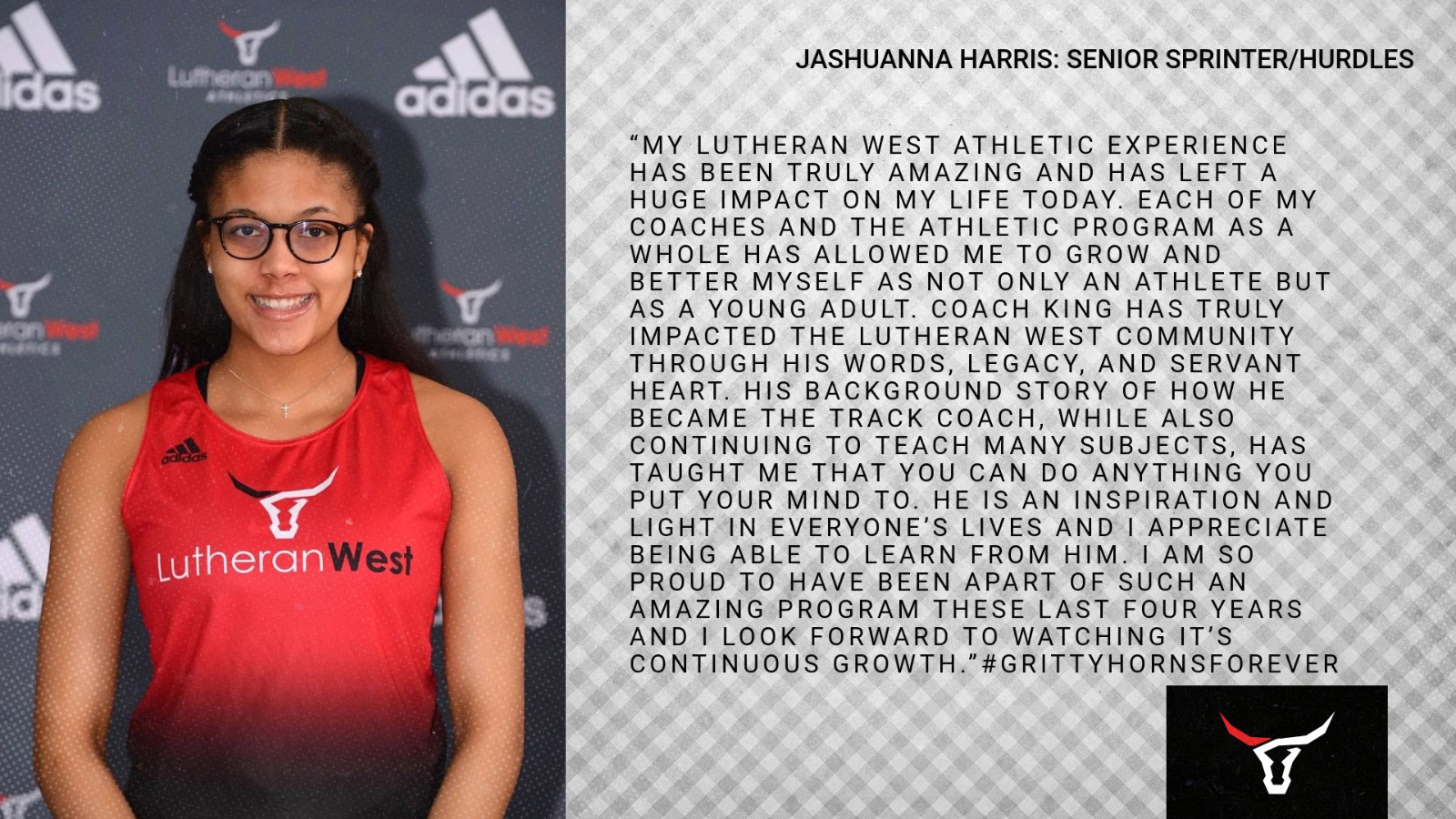 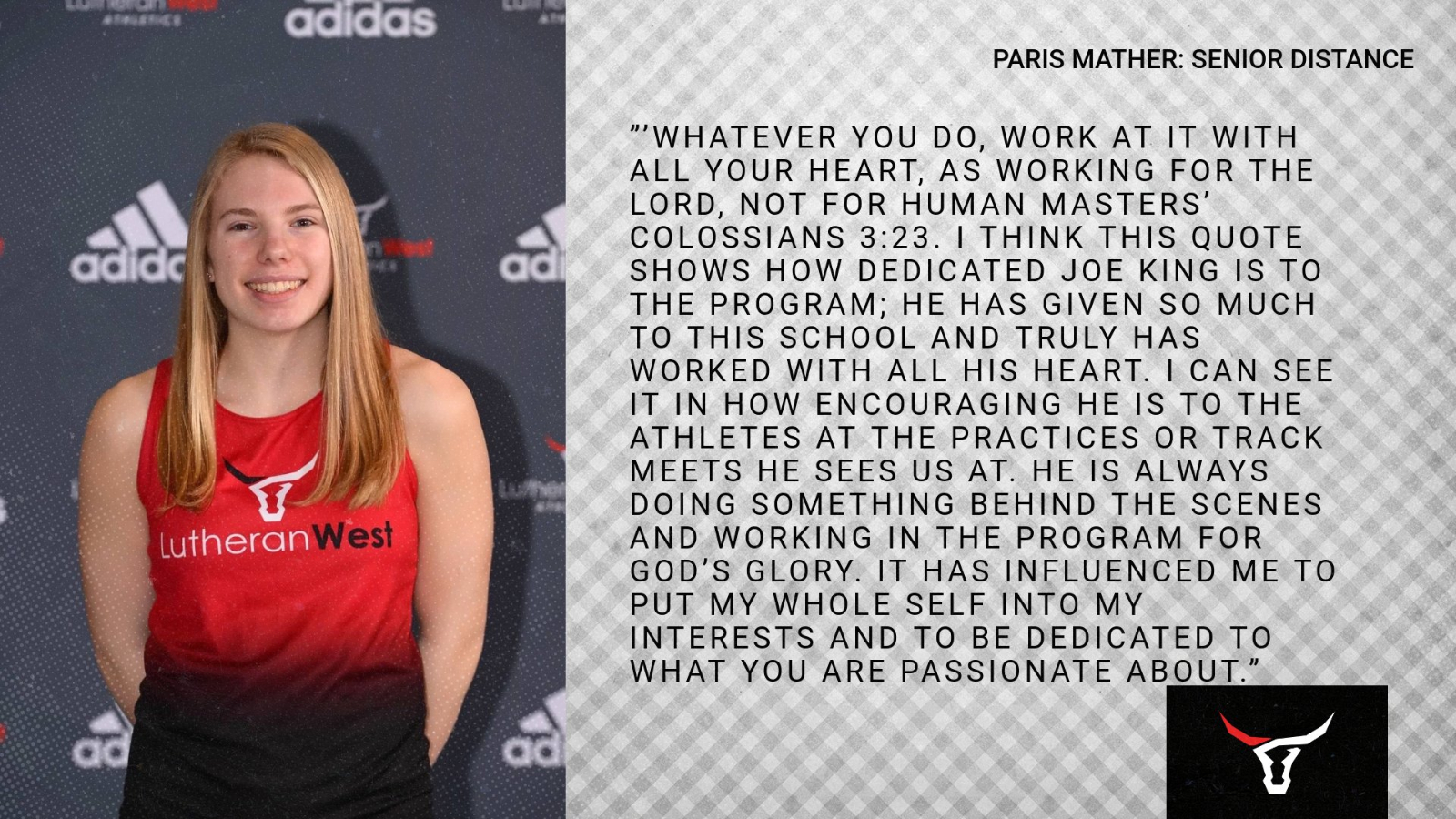 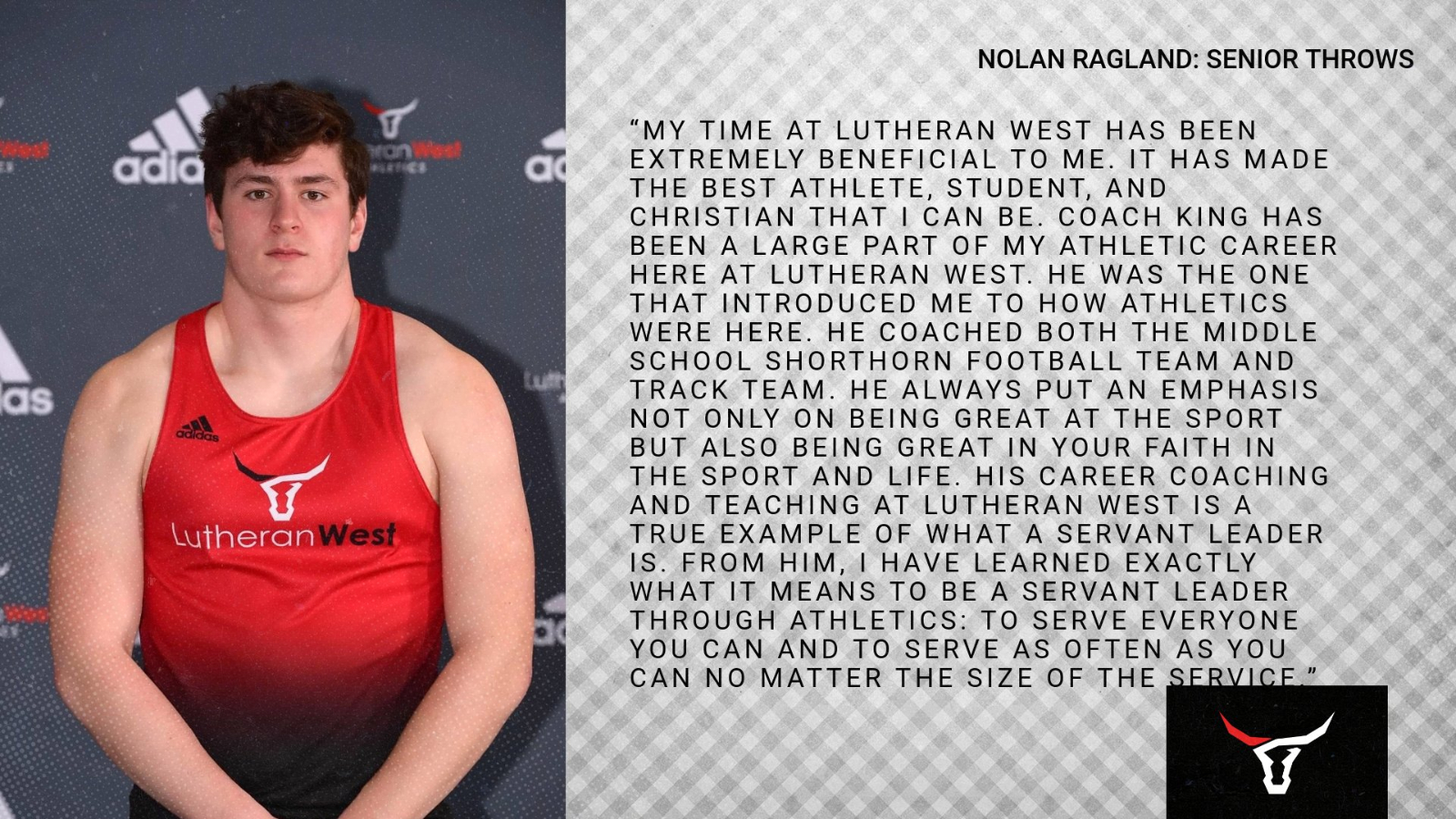 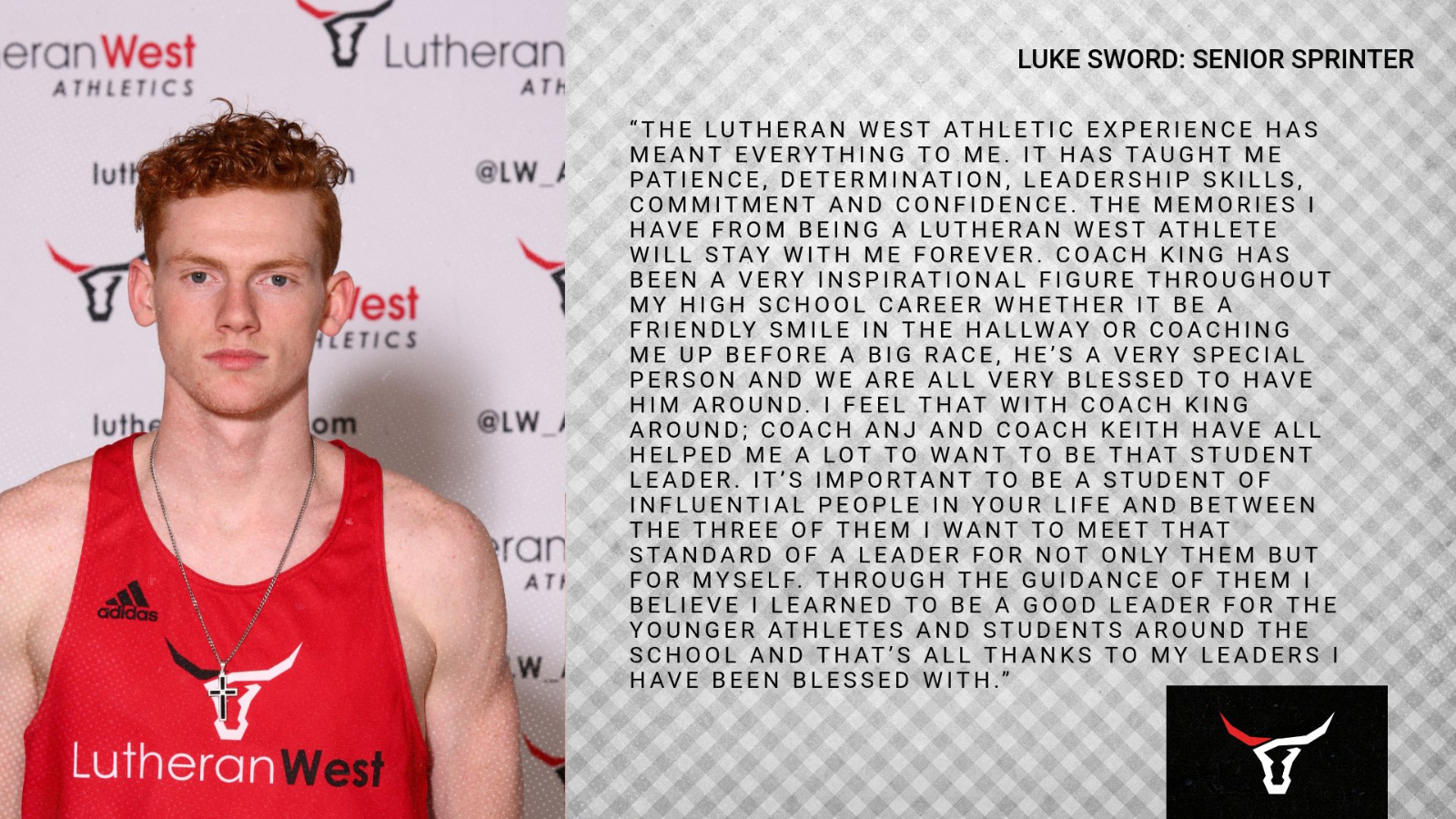 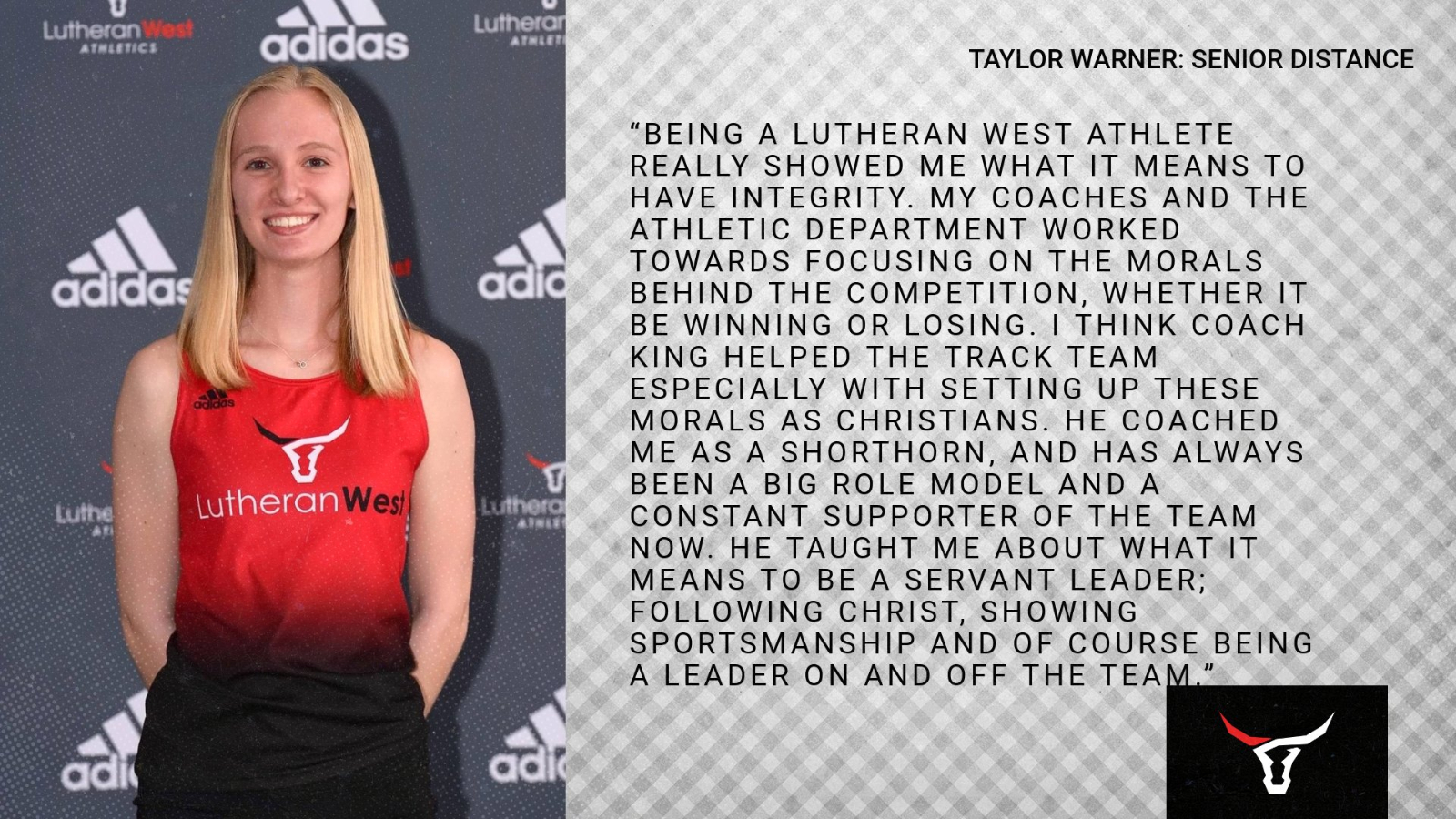